Jeff has been in the hospitality industry for 22 years, when he started his career off as a high school intern his Jr year at Martin High School under the Arlington Independent School District hospitality & tourism program. The AISD internship program allowed Jeff to rotate through all hotel departments and positions over a two-year period under the guidance of the Wyndham Arlington Ballpark management team. At the end of the programs second year, Jeff was hired on as a Bellman and progressed to the front desk where he worked roles in PBX, Guest Services, and Night Audit. During this time Jeff worked to complete his associates degree in Hospitality Tourism & Business Management at Tarrant County College, where he was granted a two-year scholarship from AISD for completion of the two-year internship program. 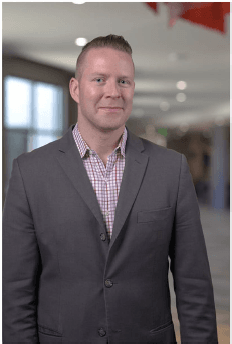 Jeff progressed quickly through his career and worked at several properties in the DFW area including the 1,800 room Adams Mark Dallas Downtown, Westin Stonebriar Resort, Westin City Center, and W Dallas Victory Hotel & Residences. Jeff spent 13 years with Starwood Hotels & Resorts where most of his tenure was spent under the uber luxury W lifestyle brand. Jeff became a certified language & lifestyle culture trainer for W hotels worldwide and was assigned task force new in builds where he opened W hotels in the DC, Ft. Lauderdale, Scottsdale, and San Francisco markets. When Starwood announced the opening of W Austin, Jeff took a permanent role as Director of Welcome at W Austin Hotel & Residences, also home of the new Moody Theater, which hosts Austin City Limits live- the longest running TV show in US history. During Jeff’s involvement in the Austin market, he held a seat on the board of the Austin Hotel Lodging Association and the Austin Concierge & Guest Services Association.  Jeff took an opportunity to relocate back to Dallas as Director of Operations at the beautiful Hilton Dallas Rockwall, a suburban lakeside resort. After 3 years at Hilton Dallas Rockwall Jeff joined the forces of Harrell Hospitality Group as opening General Manager for the Courtyard Marriott Pflugerville, one of the very few unique properties in the brand with a 21,000 Sq Ft. conference center. During Jeff’s time as a business leader in the Pflugerville community, he held a seat on the Pflugerville Economic Development Steering Committee, with several other key business leaders, to help drive economic impact and growth for the community. In 2019 Jeff was recruited open Hilton’s new lifestyle luxury brand, Canopy, in downtown Austin on West 6th Street. Canopy Austin is home to Verbena ATX, a culinary driven dining experience, and a concept that was partially curated by Jeff with the hotel ownership group. Jeff recently re-joined HHG in 2021 where he currently is the General Manager of the Tremont House Hotel. Jeff is taking the Tremont House through an elevated transformation & detailed renovation over the next several months as the property prepares to join the Tribute Portfolio by Marriott. The Tremont House Hotel consists of ten unique buildings in downtown Galveston including two long term lease residential and commercial retail unit located on the Strand. Jeff currently sits on the board of the Galveston Hotel & Lodging Association and is a member of various community organizations including the Galveston Regional Chamber of Commerce, Galveston Historical Foundation, The Knights of Momus, Galveston chapter of the Texas Restaurant Association and Jeff recently graduated from the Leadership Galveston class of 2022.
Visiting Galveston
Beach Parking Passes
Short Term Rentals
Meetings & Agendas
Employment
Special Event Venues
[]